On the Road to Durango - Part One 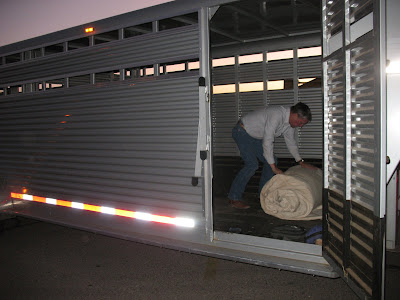 We began our journey to Durango in the evening. I had worked all day, while Jerry spent the day at home preparing vehicles and camping gear for the trip. I had my bag packed, we ate dinner, filled a thermos with hot strong coffee and hit the road.

We decided to haul our newest, longest stock trailer to Colorado to help with transporting the horses and mules that we'd be using once in Durango, we also planned to haul home a load of hay from Jerry's ranch buddies, and last but not least..... the trailer made a fine bedroom while on the road the first two nights. 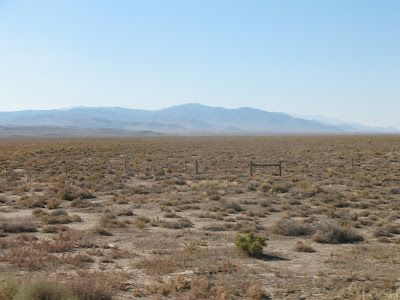 For a day and a half this was our basic view as we drove across the barren Nevada desert. Jerry did ALL of the driving. As a result, I have way too many desert photos. They all look alike. Mountains, dirt, desert plants, and a long lonely highway. We saw one antelope. I like to make up travel games to break the monotony. Jerry vetoed all of my suggested games. He came up with one on his own, I was a good sport and agreed to play. His game rules; 'the first one to spot a rabbit would be the winner'. I finally saw a rabbit three days later. What an exciting game. 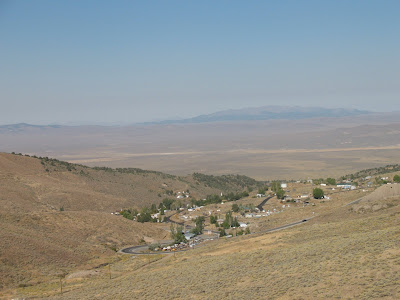 I had decided that the world had come to an end and all civilization had disappeared when we suddenly came upon this town. I don't think that folks settled there for the comforts and beauty of the region. There were a few interesting old buildings begging to have pictures taken but we drove through rather quickly. Oh, did I mention that Jerry did ALL of the driving? 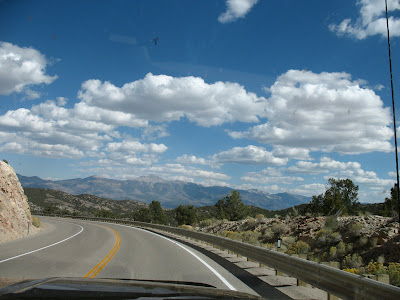 Same lonely highway, more mountains, a few more desert plants, some clouds to add interest and a rare change in elevation. This view camouflages the splattered bug guts on the windshield. I get to take way more pictures while traveling, now that I am the designated passenger. 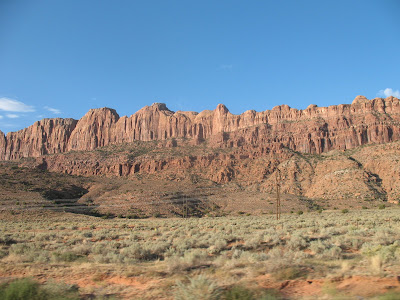 Driving through Utah, the scenery changes. I love driving (riding) through Moab and hope to visit sometime instead of merely driving through on the way to somewhere else. The red rock formations are awesome.
Durango is not far now. 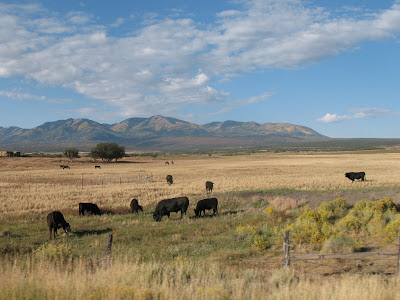 Colorado at last! In the distance, the mountain range we plan to pack into, is bursting with autumn color.

i wonder, if you drove would we have any pictures to see?

I love all the pictures!

Btw, thanks for all your thoughts and prayers, they are greatly appreciated.

Excellent point Di! I am a photogragher with my own tour guide (too lazy to look up the spelling of the word for a professional driver person)

When one flies they miss all the sites.

So flat. So empty. But somehow, beautiful in it's desolation.