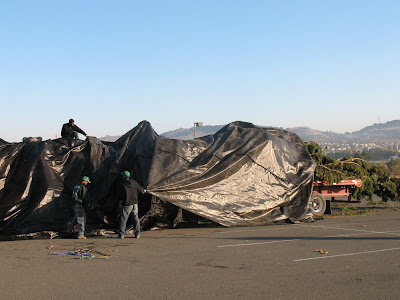 " The unveiling"; Cargo arrived this morning from the forests of Oregon. 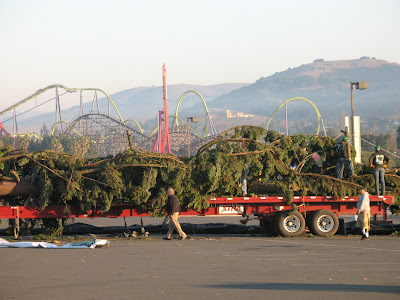 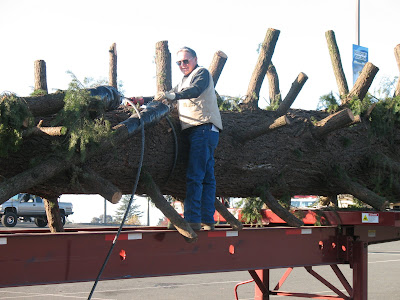 I was surprised at the condition of the tree once the tarp was removed. Of course they had to saw off all of the lower branches for transport. They will be reconnected once it is erected.
There's Jerry right on top of things, he was 'rigging' the tree for transport to the little island in the center of the park where it will be displayed. 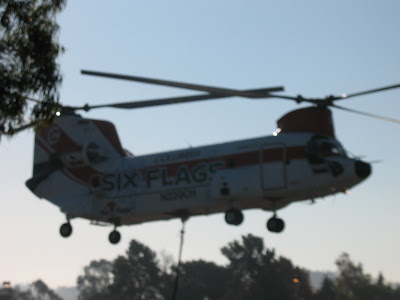 Here comes transport. Awesome to be right there as it took off, the winds produced were like being in a tornado. It was in the parking lot waiting for the tree to be readied, then it was to carry the tree to the island. Jerry is friends with the 'copter guys'. 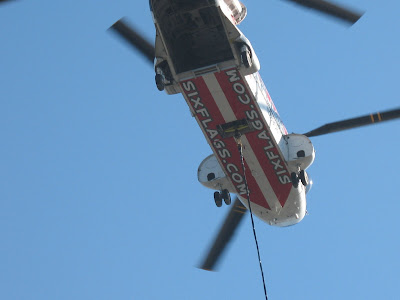 Directly overhead. Windy and loud. I had goose-bumps! 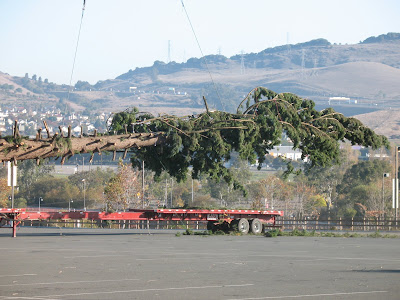 I missed a picture of Jerry connecting the tree to the helicopter. The pilot manuvered the cable line right into his hands. I was running for refuge behind a fire engine as unsecured trash barrels came barreling in my direction. 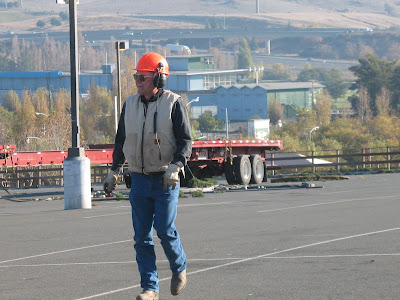 Jerry chatting with the helicopter pilot. 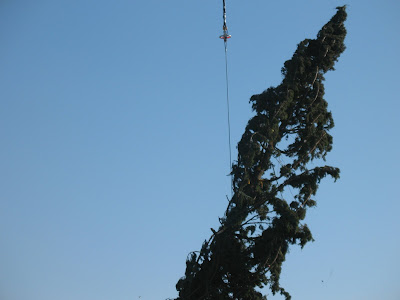 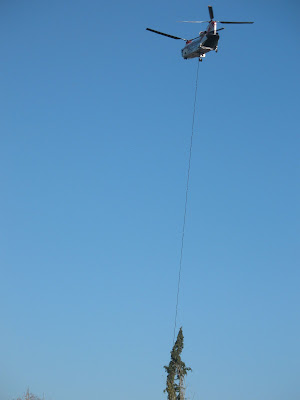 Heading to the island. 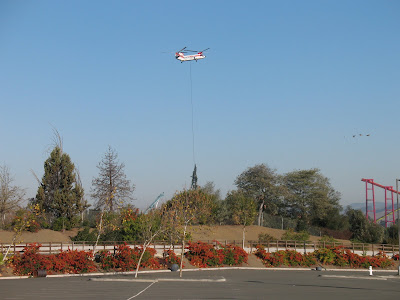 Lowering the tree to the island. 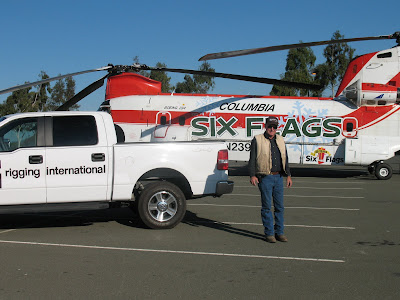 The helicopter has returned to the parking lot. 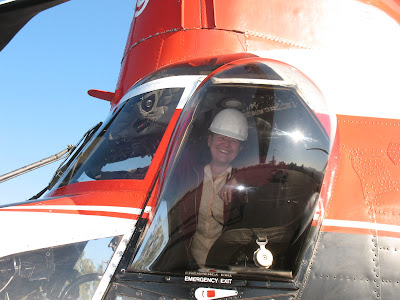 Yep that is me. I got a tour of the helicopter and got to sit in the pilot's seat. It was a very fun- filled morning. We plan to go back and take a look at the fully decorated tree when they open for the holidays.

This was recorded and on the local news, you couldn't see us, but we were there.

Very awesome! I'm eager to see it all decorated...it looks a bit scraggly at this point!

What a fun day for you!

What a thrill, you are doing and seeing so much new and exciting things. Enjoy.

Be sure and get pictures and show us tree after it is all decorated. Bet it won't look like same old straggly tree.